You currently have no orders - start shopping

help to save the planet... one pint at a time

join thousands of people across our region who get fresh milk delivered to their door in recyclable, environmentally-friendly glass bottles.

try it for yourself

Every day, we deliver more than 27,000 pints of fresh milk, use 140,000 recyclable glass bottles and drive 100 electric vehicles to keep our customers happy.

Glass milk bottles are scientifically proven to be better for the environment than plastic packaging.

Some people even say that glass bottles make a better tasting pint. We’ll let you be the judge by giving you a FREE pint*.

Whatever your reason for ditching plastic and embracing glass bottles, join us and thousands of others in our mission to help save the planet … one pint at a time. 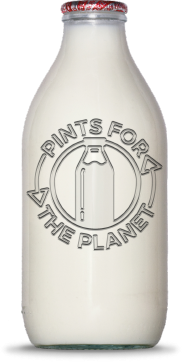 get your free pint

Complete the form below and your friendly, local milkman will knock on to arrange future milk deliveries.

You’ll even get a FREE pint of amazing fresh milk in a glass bottle as a ‘thank you’ for signing up. (Terms and conditions apply.)

*Free pint will be delivered when customers sign up to future milk deliveries. Prices start at just 77p.

Why is milk in a glass bottle good?

Why are glass bottles better for the environment?

Our glass bottles are produced locally in Lancashire and they can be re-used upto 30 times! Consumers are increasingly moving away from plastic packaging because glass is more environmentally friendly to produce and can easily be recycled.

Where does the milk come from?

Why are people turning away from plastic bottles?

Scientists have calculated the total amount of plastic ever made and put the number at 8.3 billion tonnes. It is an astonishing mass of material that has essentially been created only in the last 65 years or so. The 8.3 billion tonnes is as heavy as 25,000 Empire State Buildings in New York, or a billion elephants. The great issue is that plastic items, like packaging, tend to be used for very short periods before being discarded. More than 70% of the total production is now in waste streams, sent largely to landfill - although too much of it just litters the wider environment, including the oceans.

How much does it cost?

A pint of fresh milk in a glass bottle costs just 77p.

You can pay by cash, debit card or credit card.

Who is my local milkman?

Your local milkman or milkwoman will introduce themselves to you and will be in Mortons Dairies uniform.

How can I cancel my milk?

You can cancel your milk anytime by telling your milkman, emailing us or calling us.

Does milk in a glass taste better?

We think so! And so do thousands of other people! We’ll let you be the judge when you taste it.

join thousands of our customers... 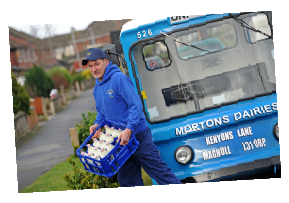 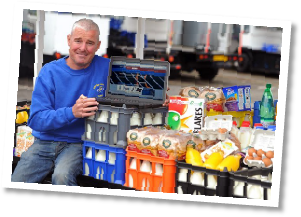 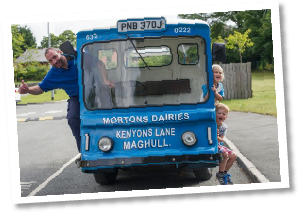 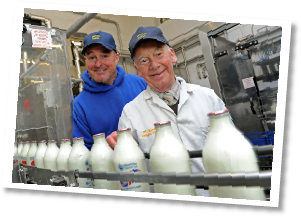 ...and get your pints of fresh milk in glass bottles
delivered to your door for just 77p.